In a week’s time, some of the best sportspeople in the world will gather in Tokyo to compete to become Olympic Champion in their chosen discipline. With so many elite performers to choose from, picking an Olympic team to represent your country can be difficult enough at the best of times. But at the worst of them, when preparation, organisation and the ability to remain focused are at the mercy of a global pandemic, then the task of picking a winner can be even tougher.

Those that have been selected to compete will not only have had to meet certain performance metrics, but also demonstrate an array of qualities over the lead-up period that have made them stand out as ambassadors for their respective countries. An unwavering focus on winning. A sense of fair play. Commitment to striving to do better day after day. The ability to adapt and thrive under pressure. All will be exacting criteria they have been judged on.

As an investment fund manager, my role is essentially that of selector - constantly making hard choices as to which companies we back (and to what extent), based on data, personality and wider environmental factors. Working for a Japanese-owned investment management company headquartered in Tokyo, this got me thinking. What if there were to be a Listed Company Olympics right now? Who would I pick from the NZX to take on the world on behalf of New Zealand? And what characteristics would I base my selections on?

Arbitrarily I’ve decided to pick a team of six. With so many great companies to choose from, others could of course make a strong case for their inclusion in the team, but this selection reflects a significant amount of research and time spent getting to know all those under consideration. So in no particular order …

So that’s our team. While each has its individual merits, they share common traits that are often hailed as the hallmarks of success, notably: years of dedication; the development of skills; and an understanding of self.

The Olympics can throw up surprise results, as winning will come down to performance on one day – and people or teams can have an off day, or see a rival perform better than them. By contrast my Company Olympics would need to be judged over a full Olympic cycle. Over this medium term, I’d back these six to emerge as winners.

Stuart Williams is Head of Equities at Nikko AM NZ. He is also a former Olympic cyclist, having represented New Zealand at the 1988 and 1992 Olympic Games.

Meet the people behind GoalsGetter

Meet the people managing your money - the New Zealand Nikko AM team. 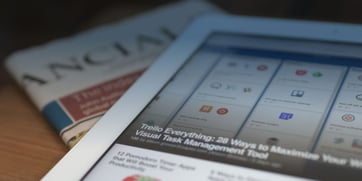 Shares or Managed Funds in a post-COVID economy?

In response to an #asknikko question posed on its GoalsGetter platform, Nikko AM NZ’s Head of...

It’s not often you stumble across a ten-year-old New Zealander hosting a business podcast, but then... The Tokyo summer Olympics have been a welcome distraction over the last few weeks and well done to...