As the year starts, we find ourselves in a world where the spectre of inflation looms as a threat for the first time in a generation. Looking back to a pre pandemic world if one were to seek a view on inflation, they would be told it’s a non-event, being well and truly managed by central bank actions, the event of globalisation and the coming impact of artificial intelligence. However, as the world economy has emerged from lockdown induced recessions aided by the powerful twin forces of massive government stimulus and loose monetary policy consumption has come roaring back bringing with-it inflation. Looking forward all is not a dire as it seems and whilst inflation will remain elevated as we begin 2022, market forces and central bank actions are likely to provide a handbrake later in the year.

From the 1980s inflation across the developed world began a slow shift downwards that persisted for four decades (to 2020). This slow reduction in inflation was in part driven by central banks directly seeking to tame inflation though the use of interest rates, however, was made easier by a range of structural trends. Globalisation reduced production costs and limited labours bargaining power as companies outsourced, supressing wage growth. Developed world populations aged and as a natural result of life stage consumption patterns saved more, consequently consumption became less sensitive to income growth. Whilst more recently, looking back to the aftermath of the Global financial crisis of 2009 governments around the world implemented austerity programs reducing the impact of consumption as an inflation driver. The above factors together have seen inflation persistently undershoot central bank targets.

The fallout from Covid-19 has seen this structural trend come unstuck. Central banks cut and maintained low interest rates and implemented quantitative easing expecting a benign inflation response as seen in 2009. However unlike in 2009 loose monetary policy has be accompanied by Government spending on a scale not seen since World War Two. With the twin forces of fiscal and monetary policy working together demand rather than falling away in response to the pandemic increased, however, supply has been a different story. The supply chain disruptions of 2020 have proven more persistent than expected with consecutive new virus variants continuing restrict free movement of labour, pushing out the time one might expect supply chains to unseize and a supply response to occur. In addition to this firms globally have struggled to fill job openings as some older workers have been reluctant to return amidst ongoing Covid waves deciding instead to bring forward retirement, other younger workers have re-assessed their work life balance all whilst the free movement of the global labour force has been restrained. The latter is especially true from New Zealand’s viewpoint. This has seen the balance of power shift back towards labour for this first time in a generation.

Looking to the past as a guide for the future would have one expecting central banks to rapidly increase interest rates and crush demand however the behaviour of central banks has changed. Controlling inflation is no longer the sole focus it once was with more emphasis now placed on employment outcomes including attempting support employees in the broadest manner rather than only considering singular statistics such as unemployment rates and wage growth as the defining measure of success. Further to this, with the last bout of global inflation occurring in the 1980s most key decision makers at central banks have little real-world experience of operating in an environment where growing inflation is a real risk. This all leads to a building risk that inflation will continue to overshoot and surprise in the short term and central banks may be called to stronger action later in the piece. Inflation can feed on itself the longer it remains as consumers get used to regular price increases business’s view putting up prices as less bad which can lead to inflation expectations becoming de-anchored and spiralling upwards as wage demands follow.

Where does this leave markets for 2022? In short, Inflation is back but perhaps not for long. We expect inflation will continue to overshoot central bank targets and remain in the headlines and discussions around the BBQ however on the balance of probabilities prices are likely to plateau midway through the year. Stimulus taps will progressively be turned off. Vaccination rates will continue to rise. Workers will return to the labour force; the global movements of labour will eventually resume and supply chains whilst remaining challenged are unlikely to further deteriorate. On top of this in the medium term we expect to see the return of the many structural forces that dragged down inflation prior to the pandemic. Populations continue to age, labours power will diminish in the face of globalisation, automation, and artificial intelligence and while there has been some onshoring of production at the margin we have not seen any significant signs of a wholesale unwinding of globalisation. Finally, we note that Central banks are confident they have the toolkit to rein in inflation by increasing interest rates. This is not without consequence or cost, in a world awash with debt increasing interest rates has potential to quickly bring excess consumption under control with smaller interest rate movements than needed in the past.

Nikko AM again named NZ Fund Manager of the Year 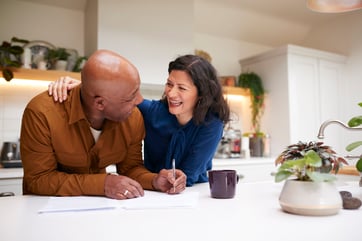 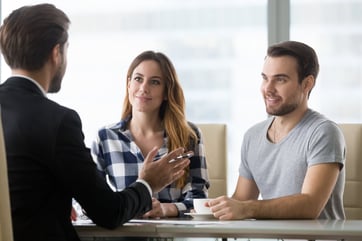 This week Nikko AM launched its new GoalsGetter campaign to help dispel some common myths around...